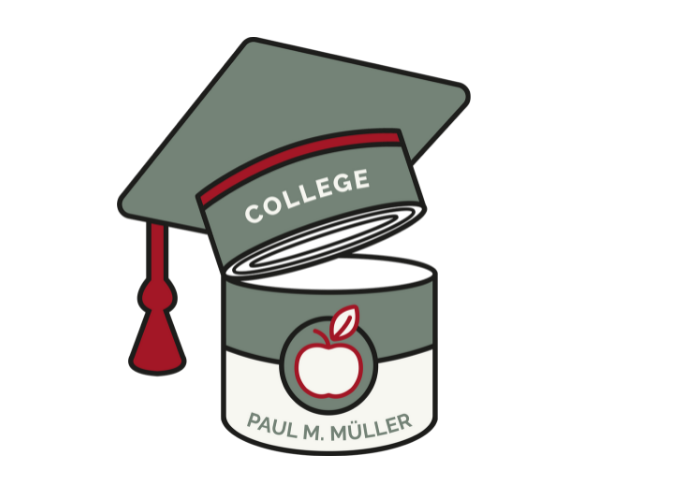 Our new product information for trainees, professionals and anyone interested. PMM College explains this time about "Scoville" and the meaning of this degree of sharpness in food.

With chili to the Nobel Prize: Research into sensitivity to heat in humans recently led to the award of the Nobel Prize in Medicine. How do nerve cells react to heat and pressure? That's what the two U.S. researchers David Julius and Ardem Patapoutian found out. The substance in the chili pepper - capsaicin - enabled them to discover one of the body's most important pain receptors. One of the two researchers used capsaicin, which causes a burning sensation, to identify a sensor in the nerve endings of the skin that responds to heat. What does this have to do with Paul M. Müller?

Well, we also have "hot things" in the program: such as these jalapenos or hot peppers. And they are delicious as spicy additions in the kitchen for different dishes, but just also of a certain spiciness. Both products contain capsaicin.

The background: The pungency of a food product, i.e. the heat of its taste, is expressed in Scoville: This unit of measurement indicates how spicy a food is and determines the capsaicin content of the product. Capsaicin belongs to the chemical group of alkaloids (organic nitrogen-containing chem. compounds) and is extracted from the nightshade plant Capsicum (bell pepper variety). It is one of the hottest substances on earth. So: The higher the capsaicin content, the hotter the pepper! The Scoville measurement method is abbreviated to SHU (Scoville Heat Units) and describes the detectable spiciness by calculating the pure capsaicin content in the respective product. Until the year 2000, the maximum value was defined as 16,000,000 Scoville. For example, the simple garden bell pepper with no detectable heat has a Scoville grade of 0. However, the Scoville scale now ranges from 0 to 25,000,000 - the heat level of pure capsaicin.

For orientation: People perceive a slight spiciness from a Scoville grade of 16 SHU. Certain hot pepper varieties such as Santa Fe Chili have a value between 100 and 500 SHU. This depends on harvest time, degree of ripeness and exposure to sunlight. Tabasco sauce usually reaches 1000 to 2500 SHU, jalapeno chilies have a Scoville value between 2500 and 10,000 SHU. But here, too, there are milder and hotter versions. Paul M. Müller carries both for the professional kitchen in his program - so that everyone can cook and spice according to his taste! Bon appetit.

Our new product guide for trainees, professionals and anyone interested. This time we ask: How long do the contents of a canned good last once opened? PMM College clarifies.
learn more
18/01/2022

Our new product information for trainees, professionals and all interested parties. This time: When do artichokes, olives and tomatoes ripen in the year and in which countries? PMM College clarifies.
learn more
16/09/2021

Our new product information for trainees, professionals and anyone interested. This time it's all about the meaning of Brix. PMM College clarifies.
learn more
01/07/2021

Best before date VERSUS use by date

Our new product information for trainees, professionals and all interested parties. This time it's all about the meaning and the difference between the best-before date (BBD) and the use-by date.
learn more
09/06/2021